What happens when the man you love falls in love with someone else? Mayfair Island, Florida: Grief-stricken after the sudden loss of her beloved grandmother, who was an enduring but reclusive Hollywood icon, young Priscilla Bauer finds herself adrift and looking to find solace in the arms of her vast inheritance when she meets the kind and considerate corporate brand designer Michael Frost - a drop-dead gorgeous beacon of light in her all-too-dark night. Falling hard and falling fast, Priscilla has no idea she's stepped into dangerous territory...because someone else has already branded Michael Frost her very own - and she has no intention of ever letting him go. Passions are high, but bitter vengeance gets even higher! With Raindrops on Roses, the captivating Favorite Things novella trilogy takes flight!

No one does family and relationship drama quite like bestselling author Millenia Black! Heralded as a double life and relationship expert, she's been a featured guest on radio shows across the country, discussing the 7 Smoke Signals Your Man is Living a Double Life. Millenia lives in Florida where she's currently unmarried and has never dated anyone living a double life... She thinks. Praise for Millenia Black "Intensely intriguing and deeply riveting, Black's latest is a first-rate page-turner that will draw you in from the very beginning and never let go." —Sheri Melnick, RT Book Reviews, Top Pick "Ms. Black is a talented writer, and I can't wait to read many more of her books..."—Carol Ann Culbert Johnson, MyShelf.com "Millenia Black is a mistress at neatly laying out each part of the story, like building an elaborate building that forms a fascinating whole. She clearly and succinctly draws verbal pictures of each character and their interrelationships with each other. It is masterful..." —Jeri Neal, The Romance Reader's Connection

Formerly a radio deejay, television news producer, and national award winning teacher, Sharon Lacey is now an internationally touring comedian. She performs in comedy clubs all across North America and has been on two comedy tours to entertain U.S. troops in Kuwait and Iraq. Sharon has been to Africa four times, where she performs for Ugandan audiences in two of their tribal languages. She also brings desperately needed supplies to the children and elderly in Ugandan villages. You've seen Sharon on the Disney Channel, ABC, Lifetime, and A&E. She is an alumnus of the San Francisco and Seattle Comedy Competitions, the Bay Area Black Comedy Competition, Bridgetown Comedy Festival, NW Women's Comedy Festival, finalist in Seattle's Got Funny Competition, runner up in Portland's Rose City Talent Contest, and a finalist in the A.M. Northwest Comedy Competition and the Shades of Laughs Urban Comedy Competition.

This was my first Millenia Black's book. Raindrops on Roses is book one of the Favorite Things Trilogy. This short story is fast paced and suspenseful. The storyline has angst, drama, secrets, and lies. Priscilla and Michael share an instant attraction, and a sizzling chemistry. This story has triggers (cheating), and ends with a cliffhanger. Sharon Lacey did a good job with the narration. Looking forward to listen to the next installment in the Series, Blue Satin Sashes. I was given a free review copy of the audiobook at my request and have voluntarily left this review.

I received this audiobook as part of my participation in a blog tour with Audiobookworm Promotions. The tour is being sponsored by Millenia Black . The gifting of this audiobook did not affect my opinion of it.

Plugging you into the audio community since 2016. 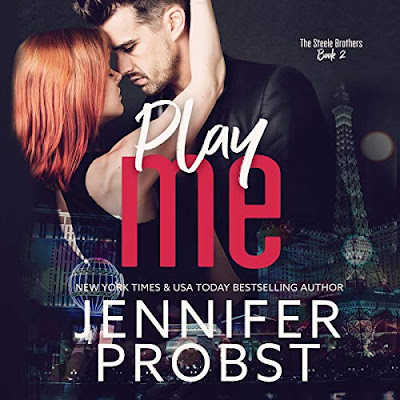